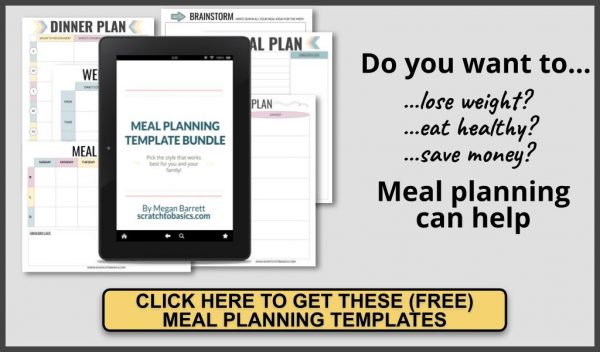 This frittata recipe is loaded with veggies and packed with flavor. Use this formula to substitute your own vegetables, or use broccoli, mushrooms, and brussels sprouts I did. Either way, cooking a frittata in a cast iron is a simple and healthy breakfast (or dinner) the whole family will enjoy!

If you’re wondering what makes a frittata different than a quiche, you’re not alone. I’ve been making this egg dish in my cast iron pan and calling it a frittata. Then I did a little research and learned a few things.

A name is just a name, though, in my opinion. We could call it a frittata or a crustless quiche. It’s got a little of each going on.

I’ll stick with calling it a frittata, even though I only barely cook it on the stove.

What goes in this frittata?

How do you make a frittata?

Get out your Cast Iron

Next, get your cast iron out. The pictures in this post are of our smaller cast iron. This makes a thicker frittata and it will need to cook a bit longer in the oven. Using the larger cast iron means less time in the oven, and a thinner frittata.

If you’re new to using cast iron pans, here’s a three piece set with a small, medium and large option. We LOVE our cast iron pans and don’t use any other frying pan.

Related: 11 Reasons To Get A Cast Iron TODAY

Cook your veggies and meat

If you’re using meat, cook that now. If you’re using a cured meat like bacon or sausage, wait to season the veggies until you taste it after it’s all been combined. We don’t want an over-salted frittata!

Saute your veggies in your cast iron until cooked through (in the meat juices if you’re using meat). I usually end up with about 2-3 cups of cooked veggies. You don’t need to worry about measuring though. I like to cover the bottom of the pan and I usually try to get 2-3 different veggies in it.

In this round I used broccoli, mushrooms, and brussels sprouts. But you can use whatever you have on hand. Tomatoes add a nice sweetness.

While the veggies are cooking, crack your eggs into a large bowl, add the coconut milk and salt, and whisk until it’s well blended.

Once the veggies are cooked, pour the egg mixture over the top.

If you’re adding cheese, you can sprinkle it on top now.

The cast iron will be hot, so the egg mixture will immediately start cooking when you pour it in. I typically just put it in the oven right away. If you’d like, you can let it cook on the stove for a couple minutes until the edges start to set and then put it in the oven.

Transfer the pan to your 350 (F) degree oven and cook.

How do you know when a frittata is done?

Cook the frittata in the oven until the center is set and slightly firm. This will tell you the egg is cooked through.

Be careful when you take it out of the oven, the pan will be very hot. We use leather handle protectors like this one.

Can I freeze frittata?

This is a really healthy breakfast that you can make ahead for the whole week.

Here are some tasty topping suggestions:

I’d love to hear from you in the comments below. Did you try this recipe? What did you think? 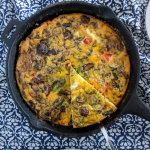 A delicious frittata made with broccoli, mushrooms, and brussels sprouts, but can be made with any veggies (and meat) that you have on hand. 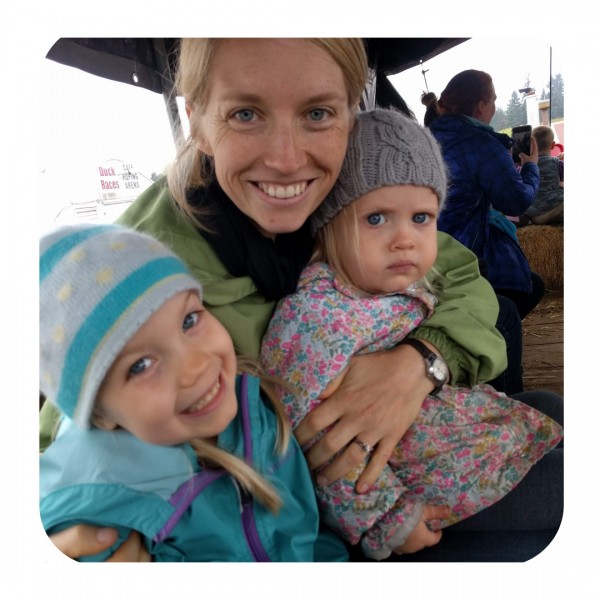 Hello! I’m Megan. Wife. Mom. Jesus follower. Chocolate lover. I want to help you nourish your body with real food and help you make MORE meals at home for your family (without the stress).  Read more… 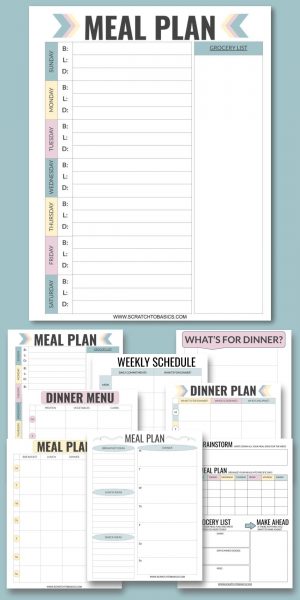 (unless you’re making eggs…then go ahead and scramble)

When you sign up I’ll send you this collection of meal planning templates to help you keep stress out of the kitchen.

You'll also be signing up for my weekly email full of cooking tips, encouragement, and more FREE things! No spam. Ever.

Check your email to confirm and get access to the Meal Planning Template.